November 1, 2014--Made this little project into an ornament and will use it as one of the examples in a class I'm leading at my local ANG chapter on how to finish your own ornaments.   Even though I am very inexperienced at doing this, it didn't come out badly.  A common thread that's repeated in everything I've read about putting your own ornaments together--practice, practice, practice.  After I turn my completed projects into "finished" ornaments (really don't have that many), I may ask fellow chapter members if they would be willing to let me finish their ornaments to get that necessary practice in.  Of course, it would have to be something that's not cherished in case I make a mess of it :-)

PS  Making the tri-colored cording was also a lot of fun.


May, 2013--This is a class I led at our May Seashore Chapter meeting.  This lovely project consisting of mostly Jean Hilton stitches comes from ANG Needlepointers Magazine, March, 2010.  Much of the class was spent demystifying Double Fan Doubled and the Waffle Stitch.   Think it'll make a cute ornament, book cover, or something similarly sized. 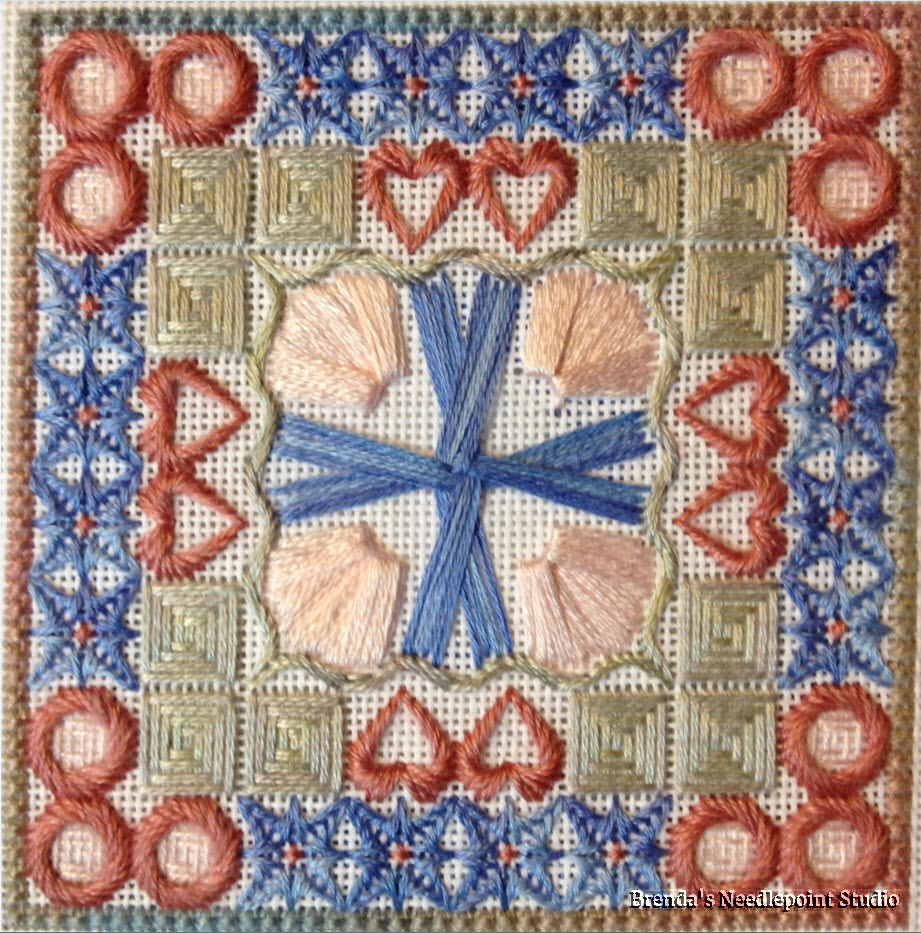