December 31, 2019--It's been a busy year, but I still managed to complete the stitching on 20 needlepoint projects.  Here they are from most recent (December) to oldest (January).

Many have not yet been finished into ornaments, etc.--I'm waiting to stitch all the projects in the collections before working them up into ornaments (e.g., Janet Zickler Casey's santa collection, Susan Portra's holiday ornament collection).

Also included in this list are the projects stitched in prior years and finished into pillows, ornaments, etc. in 2019.

Hope you enjoy looking at these pictures and walking down memory lane with me.  Click on the photo's caption to see more information about each project.


Here are four stitched projects completed in years past and finally "finished" into something in 2019:

Email ThisBlogThis!Share to TwitterShare to FacebookShare to Pinterest
Labels: 2019 Completions

December 27, 2019--Here it is a year later and after shopping many yarn stores, I could not find a chenille type yarn that I liked to replace the ecru colored Fluffy Fleece.  I did find a new color of RG Fluffy Fleece No. FE1, Natural, so I ordered it hoping it would be lighfer than FE14, ecru, which I have in my inventory.  As you can see in the photo below, there is absolutely no change in color, just in the color number.  Why???

Oh well, I went ahead and couched down number FE1 and even though it's darker than I prefer--it's done and ready to finish as an ornament.  Now to choose the next Janet Zickler Casey santa that I have in my stash to stitch.


November 5, 2018--Have stitched as much as possible on this cutie.  Now need to find a white, loopy yarn for the beard.  Janet Zickler Casey's instructions call for RG Fluffy Fleece in white, but that is no longer manufactured.  What's available is Fluffy Fleece in an ecru color which I think is too dark.  When I asked Janet for a substitute, she suggested going to a yarn shop and finding a "chenille" style yarn.  Perfect.  Now to go shopping.

January 17, 2016--Have begun stitching this adorable santa ornament designed by Janet Zickler Casey.  Found this cutie on eBay.  Hope to find more of these santas either on eBay, SNS, or on Facebook needlepoint seller sites.

November 11, 2019--The 57th Woodlawn Annual Needlework Show and Entry Form for 2020 is now available on their website (click here) and hand delivered entries must be submitted on February 8th or 9th, 2020.  This is a very special show with exhibitors from all over the country.  At the least, plan on seeing the show which takes place from March 1st through the 31st, 2020.

October 30, 2019--Stitching is done and this beautiful heart is ready to be finished into an ornament.  I have a very special Kumihimo braid in mind for this.

October 13, 2019--At last I've got a moment to add a blog post.  This project is called Jeweled Heart and is designed by Nancy Cucci.  I had an opportunity to purchase the kit from Nancy, through a friend (thanks Roseanne J.) while she was at the ANG Seminar in Houston, TX last August.  I'm a big fan of all things Nancy Cucci and jumped at the opportunity to stitch this piece.

Here's my progress to date (and it really sparkles):

October 7, 2019--Wow, it's been nearly a month since my last post, and I still don't have anything to share--yet.  Lots of fun craziness here in Delaware and I'm working on a Kumihimo project for the CyberPointers Chapter of ANG.   The presentation date has been changed to January, 2020, and I hope you'll be able to access the class.

In the meantime, I am currently working on two projects--one which will be finished soon and the other is half-way done.  Will post about them shortly.

Hope you're Fall is beautiful.  We're having great weather here. 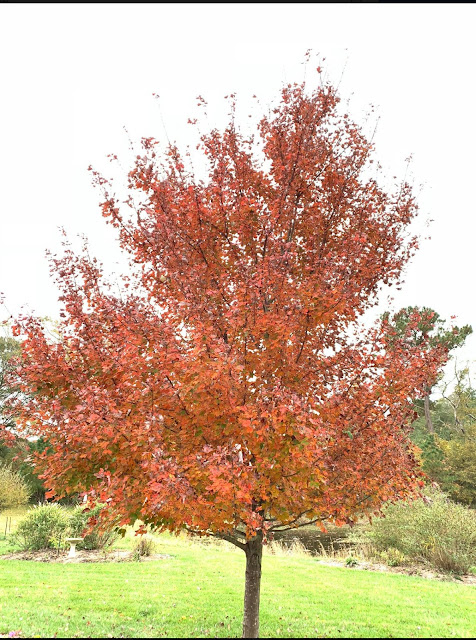 Email ThisBlogThis!Share to TwitterShare to FacebookShare to Pinterest
Labels: Kumihimo

September 12, 2019--Recently I've heard from so many stitchers wondering what it takes to win ribbons at needlework exhibits.  So I'm reposting an older blog post about this exact subject.  Here it is below.

March 13, 2014--I've been having a great deal of fun working as a teller* for the judge of this year's Rehoboth Beach Museum's Annual Needlework Exhibit which runs March 15 through May 11, 2014.  Even though it's a lot of work, it is the best way to view each piece and learn directly from the judge.  Her wonderful critiques have taught me so much and below are some recommendations to be aware of when stitching which will move you in the direction of winning ribbons (not a complete list):
I'm reminded that we all sometimes have the same question when viewing pieces in an exhibit--the mystery of why some win ribbons while others do not.   Often enough those that don't get ribbons are the ones we most enjoy, so please don't hesitate to exhibit your work, for they are a joy to the rest of us to see.

PS.  The items I placed in this year's exhibit are listed in the above tab called "Exhibited Pieces".

*A teller is someone who is at the service of the judge--bringing pieces to them for analysis, taking notes, clearing the judge's work area, etc.

I pray for those in the path of Hurricane Dorian.  It's going to be a long week.  We here in Delaware are being warned about the possibility of heavy wind and rain beginning around Friday.

When this ornament project designed by Jo Ann Jackson called Woven Ribbons appeared in the March, 2018 issue of ANG NeedlePointers Magazine, I knew I wanted to stitch it.  So a year and a half later, here it is--stitching is completed and the ornament is ready to be finished.  It's going to be a big one--over 5" in diameter.  Below the photo of my ornament is one of the project as published in the magazine for comparison.

I chose my threads from the Caron Watercolors overdye called Williamsburg.  I also added a Kreinik #8 called Pink for a little sparkle.  The open area of the canvas under the ribbons was left blank by the designer, but I chose to fill it in with basketweave using Splendor thread.  Think it looks a little cleaner.

All in all, this little project turned out to be a challenge as well as a joy to stitch.

August 27, 2019--Just picked this up from Aaron Brothers Framing out of Michael's Arts and Crafts.  I think they did a perfect job.  I chose a formal frame and matts since this will hang in my boudoir.


January 19, 2017--December's instructions covered couching Kreinik thread across the dividing lines of each section.  Lots and lots of couching.  It's now done and ready to be finished into a pillow.  It's a really lovely design.

PS:  Decided at the last minute to fill in the very center of the design with the lightest shade of blue using T-Stitch.  Ahhh, much better.

November 15, 2016--November's blocks, the last ones, are stitched.  Something tells me December's instructions will be to couch Kreinik thread around each section.  Plan on making a pillow out of this pretty SOTM.

It's visually interesting how the corners look like dog ears even though they are even with the other areas.  I also like the way the center recedes into the background as if you're looking down into a box.  Cool.

November 2, 2016--Block 10 for October is complete.  Chose beads from my stash which are in the mid-range of the blue colors.  Like how they look.

September 15, 2016--Finished stitching blocks 8 and 9.  Started block 8 in August, but ran out of thread and time before seminar, so now that I've been back for almost two weeks, had some time to work on this project.  The last color seems to jump from medium blue to a very pale blue, but I believe it's because the prior color has a darker blue laid on top of the lighter one.  The next two months should make the colors look different again.

July 7, 2016--Block 7 for July is done.  The corner units stitch up quickly and they are all the same size except for the ones on the last row.  It looks so much better in person.

June 21, 2016--June's Section 6 is stitched.  It took longer than it should have because I ran out of thread.  Got it in time to finish up in June.

Moving into the pale blues now.  Like how it's developing.

May 4, 2016--Section 5 for May is done.  It's interesting how different the colors are when placed next to others.  For example, the dark color used in this latest grouping is the same thread used in the very center, but it appears a bit bluer.  Also, the light blue color in this section appears darker than the one used last month, but it is in fact a bit lighter.  Must be that they're different threads and reflect light differently.

April 18, 2016--Section 4 for April is done.  Was able to do most of the stitching while attending the 6th Annual NJ Needle Festival last weekend.


March 7, 2016--Completed the stitching for March, Section 3.  A quick and easy section.  The photo was taken late in the afternoon with the sun low in the sky.  Makes a difference in how the blues appear.


February 6, 2016--Section 2 for February is done.  The two blues seem to be fighting each other right now, but I suspect that as more sections are completed, they'll meld together nicely.

January 30, 2016--January's Block 1 is stitched.  I made some changes to the Amedeus stitch because I used perle thread instead of multiple strands of thread.


Below is a photo of what the Amadeus stitch looked like before I added a long thread down the middle to hide the "open area".   The two arms on the right and left side have a long stitch down the middle to cover the open area while the upper arm does not.  I also diverted from Susan's instructions by stitching the right side first, then the left.  I found it difficult to work left, right, left, right--could not see the holes in the middle.  Also, did not want to "pierce" the perle thread like you can do with stranded.  I'm pleased with the result.   Can't wait to start February's Block 2.

PS  The light threads you can barely see on the canvas are basting lines.

January 23, 2016--A few days ago some members of the ANG Delaware's Seashore Chapter and I drove up to Fireside Stitchery in Pennsylvania to purchase the necessary threads to stitch this year's ANG Stitch of the Month (SOTM) project.  This beautiful design by Susan Hoekstra, called Feuilles d'Ananas (Pineapple Leaves), is a study in values requiring 11 different threads from dark to light.  What fun we had comparing our color choices to Susan's dark golds/topaz to light straw colors (see project photo below).    I love blues, so naturally migrated to those colors and below is a picture of my thread selections.

Those of us in the guild who are stitching this year-long project plan on meeting once a month at each other's home to help with any challenges we may have.   Looking forward to stitching the first block this month.